A Love Letter to the Laser: Happy 60th Birthday!!! 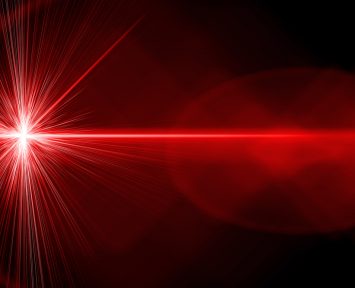 Laser: a tool that emits an intense beam of light energy that’s created by a stimulated emission of photons from excited atoms and molecules.

On May 16, 1960, you started life as a low-powered ruby laser in Ted Maiman’s lab. Today, you’re a rock star. In the beginning, you were called “a solution looking for a problem.” Today, you’re too busy applying solutions to go out looking for problems.

To congratulate you on how far you’ve come, we took the liberty of writing a short biography in your honor. We hope you like it.

A Brief Biography of the Laser

In 1917, Albert Einstein developed a theory about stimulated emission. Einstein’s theory contained the essence of modern laser technology. However, it wasn’t until the early 1950s that engineers began to experiment with containing and directing laser energy according to Einstein’s stimulated emission theory.

Charles Townes, Joseph Weber, Alexander Prokhorov and Nikolai Basov were trying to create what they termed a Microwave Amplification by the Stimulated Emission of Radiation (MASER). The researchers hoped that the MASER would amplify microwaves instead of light. This technology found immediate application in microwave communication systems.

The researchers then tried to build an optical maser. It was hoped that this tool would generate powerful light beams using a higher energy frequency to stimulate what would later be called the lasing medium.

It wasn’t until Maiman stepped up in 1960 that the laser really got off the ground. Using a lasing medium of ruby that was stimulated with high energy flashes of intense light, Maiman created the precursor of the modern laser.

Although Maiman’s ruby laser was a groundbreaking achievement, no one was quite sure how to use it. The laser lacked sufficient power to qualify as a military beam weapon. Because it couldn’t penetrate clouds and rain, it wasn’t suitable for transmitting information through the atmosphere.

Fortunately, Maiman and his team kept at it. Eventually, they developed some of the first laser weapons sighting systems. Other scientists developed powerful lasers that could be used for surgical procedures. Lasers were employed whenever a moderately powerful pinpoint of light was needed. For example, lasers correct vision by supplying a precision source of heat to cut and cauterize tissue.

My darling laser, I hope you understand how remarkable you are. I can’t wait to see what you’ll be doing over the next 60 years