A Simple Explanation of Quantum Computing 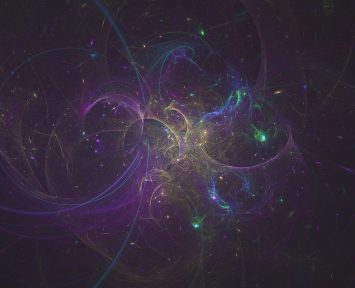 In just sixty years transistors, the switching and memory units that allow computers to compute, have gone from the size of a hand to the size of an atom. In 1968 there were dozens of transistors on a microchip. Within a couple decades there were thousands. Today there are billions.

More transistors means more computing power and cooler gadgets, but computer scientists say a breaking point is on the horizon. The Semiconductor Industry Association predicts that by 2040 we will no longer have the capability to power all the machines around the world. There just won’t be enough energy to fuel all those calculations.

A Breaking Point in Computing

At IRD Glass, we provide dicing and singulation services for companies in the semiconductor industry, and manufacture components used to inspect motherboards and computer chips, including rod and cylinder lenses for inline inspection equipment.

It’s been astonishing to behold the advances in the industry over the past 30 years.

Despite the huge technological strides made in computing power, classical computers still rely on bits, values of 0 and 1 that represent two states to make decisions and follow instructions. They are still limited to doing one thing at a time. The more complex the problem, the longer (and the more energy) it takes to solve.

A Brief and Uncomplicated Explanation of Quantum Computing

Now that we’ve explained why it’s necessary, let’s explain what the heck it is.

Quantum computing relies on quantum mechanics — the laws of physics that apply at the subatomic level. Objects at the atomic level, our reality, can be in either one place or another. Subatomic particles can be in two places at once.

Bits in a classic computer can exist in either one or two states: 0 or 1, on or off. Qubits, the computing units that quantum computers will use, can exist in more than one state at a time. They can be on and off, and anywhere in between, at the same time. A qubit can solve millions of problems at the same time and do so using far less energy than classical computers. The end result will be processors that work millions of times faster and use far less energy.

For a slightly more technical explanation of quantum computing, check out the video below.

The Challenge of Quantum Computers

The problem is that qubits are extremely fragile. They are destroyed by the tiniest disturbance. Companies like Google, IBM, and Microsoft and many of their peers in China have only been able to create quantum computers with several qubits. The machines are large, unwieldy and astronomically expensive.

The House of Representatives just passed the National Quantum Initiative Act, which would establish a National Quantum Coordination Office and earmark $1.275 billion in funding over the next five years.

For over 33 years, IRD Glass has done things that virtually no one else has with glass and ceramics. We create precision sapphire components, ceramic components, infrared components, and glass components, including medical glass, prisms, and much more.

We incorporate lean principles into the R&D process and use a unique cell-based manufacturing approach with small, dedicated teams work on individual client projects. With this manufacturing approach, IRD Glass has become a sole-source provider to both large and small corporations across the planet.

To learn more about our many precision glass, ceramic and optical components, please visit our homepage today!