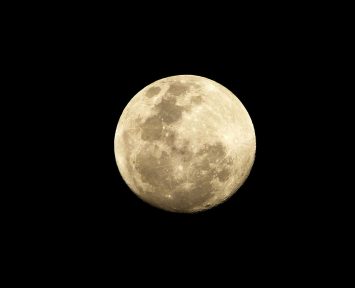 A laser ranging retroreflector, a special kind of mirror that always reflects an incoming light beam back in the direction it came from, was placed on the lunar surface fifty years ago by the crew of Apollo 11, Neil Armstrong and Buzz Aldrin, close to the end of their six-hour jaunt on the surface of the moon.

It’s still working, and it’s still being used. (An interesting note here, Heraeus, a company specializing in special metals, quartz glass, and sensors that we here at IRD Glass do custom fabrication for and buy materials from actually supplied the Suprasil 1 that was used on this particular retroreflector.)

The retroreflector (and the others like it that have been placed there over the years) are the key to measuring the distance between Earth and the Moon. They have also proven, over the years, that the Moon is slowly drifting away from us.

So what’s the source of the retroreflector’s longevity?

How a Retroreflector Works

For one, it requires no power and is motionless. Its design is what allows it to bounce light back exactly where it came from: a corner-cube reflector containing 100 individual fused silica mirrors mounted to an 18-inch-square aluminum panel.

Once the laser beam from an observatory hits the reflector, scientists on Earth use optical filtering and amplification equipment to pick up the laser bouncing off the retroreflector. The beam isn’t visible to the naked eye, which is understandable. On the return journey the laser beam widens to about 12 miles, and observatories receive roughly one photon every few seconds. Still, the system is good enough to accurately measure the Earth-Moon distance to a precision of a few centimeters.

But that’s not good enough for NASA.

In July, just before the 50-year anniversary of the Apollo 11 mission, NASA announced that it would be developing new lunar optics to again measure the distance between the Earth and the Moon – this time with even greater precision. The devices will also be helpful in measuring the mysterious “dark matter” that makes up a quarter of the mass of the universe.

Development of the new optics is being funded by NASA’s “Artemis” lunar program, which aims to return astronauts to the Moon by 2024.

We incorporate lean principles into the R&D process and use a unique cell-based manufacturing approach with small, dedicated teams to work on individual client projects.

The result is that we’ve become a sole-source supplier to companies like L3, Rockwell Collins, Boston Science and Honeywell for decades.