How to Install a Giant Mirror Over a Fault Line – Safely! The Next Big Thing in Astronomy 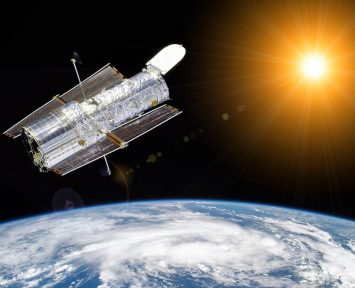 There is a problematic conundrum when determining where to install large telescopes for space research. On the one hand, it would be much easier – and safer – to install telescopes’ massive mirrors and focusing lenses in a nice, quiet suburb, accessible by road. On the other hand, high-altitude, remote, and somewhat extreme environments feature significantly less light pollution and atmospheric distortion – perfect conditions for telescopic space observation.

Two of the most popular telescope sites are in Hawaii on Mauna Kea, a dormant volcano, and in the Chilean Andes. Both sites, although highly prone to earthquakes, are currently being used to construct massive and expensive observatories.

The state-of-the-art telescopes are the Extremely Large Telescope (ELT), the Giant Magellan Telescope (GMT) and the Thirty Meter Telescope (TMT). The ELT and the GMT are in Chile. The TMT is on Mauna Kea. Telescopes in these locations can deliver unprecedented, excellent views of the cosmos.

Given the nature of these telescopes and the ongoing seismic danger, designers are implementing protective measures borrowed from civil engineering. However, these design techniques have yet to prove themselves during an earthquake of any magnitude.

One such measure is seismic isolation. The new telescopes are isolated from the pier that anchors them to the earth. Seismic isolation is accomplished differently in each observatory.

Friction pendulum bearings are being used to achieve seismic isolation in the GMT. According to project designer Dave Ashby, “They provide the actual mechanical isolation like a bearing, they provide return force like a spring, and they also dissipate the energy of the earthquake. To provide those three functions in a simple device is, I think, a relatively impressive feat.”

With friction pendulum bearings, the GMT, presently under construction at Las Campanas Observatory in Chile’s Atacama Desert, should be able to weather a survival-level earthquake event with a return time of 2,475 years.

Seismic isolation for the TMT will be accomplished with “four viscous fluid dampers arrayed in a horizontal plane where the telescope’s azimuth ring—the track that enables horizontal rotation—meets the pier.” The dampers resemble automobile shock absorbers on a megadose of steroids.

Fluid is forced through the orifice when movement occurs, and the dynamic energy is transformed into heat. The heat is then dissipated by the damper itself. The TMT was built to withstand a 1,000 return-level quake. That translates into a mere two percent chance of a massive hit.

The ELT, which has been called “the world’s biggest eye on the sky,” is currently under construction on Cerro Armazones in the Atacama Desert. According to ELT designers, “It will gather more light than all 8-10 meter legacy telescopes on the planet combined.” This super telescope is engineered to temper an earthquake’s vertical acceleration with shock absorbers in the telescope’s hydrostatic pads.

Although the observatory designers are in uncharted territory, they are nonetheless confident that the protective measures being installed will keep these uber telescopes safe. Meanwhile, eager astronomers will be using them to unlock the secrets of the universe.