Optical Sensors that Can Function Under High Pressure: Surviving a Tight Squeeze 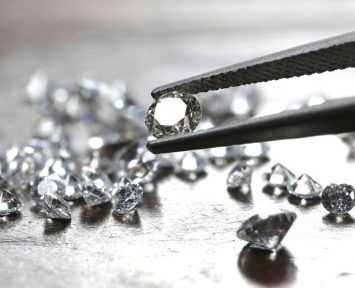 One of the first Earth science facts that most people learn is how a diamond forms when carbon is placed under high pressure. While they may have learned the lesson from a superhero squeezing a lump of coal rather than in the classroom, the fact that materials change under extreme pressure remains.

As scientists look for new materials and new uses for well-known materials, creating a high-pressure environment is a common technique. One of the tools used is a diamond anvil cell. In this device, small samples are squeezed between two specially prepared diamonds. Because diamonds are so structurally sound, they can exert high levels of pressure without damage. Two diamonds in parallel can exert uniform pressure across a sample.

One of the issues with this device is measuring the results. Most sensors cannot survive the extreme pressure. Fortunately, scientists have discovered a way to use the natural structure of the diamond itself to perform measurements.

The reason for the hardness of a diamond is its underlying lattice of tetrahedral carbon atoms held together by covalent bonds. However, this uniformity is not absolute. At an atomic level, every diamond has small imperfections. In places where a nitrogen atom takes the place of a carbon atom, there is a break in the lattice known as a nitrogen-vacancy (NV) center.

When laser light shines on NV centers, they glow red. Arranged in a random order, this is not particularly helpful. However, scientists are now able to manipulate the atomic structure of the diamond in order to create a layer of NV centers. In this configuration, the NV centers can act as optical sensors measuring the effects of pressure. For example, the scientists were able to see a slight curvature in the diamond surface under stress. Although they had known about this effect known as cupping, they had not realized that the effect began at much lower pressures than expected.

Researchers were also able to use the NV optical sensors to see how high-pressure phase transitions affect materials. When a mixture of methanol and ethanol changed from liquid to solid under pressure, the diamond structure changed from a smooth to a rough texture. This change offers new insights into the mechanisms of phase transitions.

Another application of the technology involves measuring changes in magnetic fields. In iron, scientists were able to create an image of the transition from a magnetic to a non-magnetic state. In other substances like gadolinium, researchers used the quantum properties of the NV sensors to make measurements of the magnetic state of the element.

Using NV centers as optical sensors has applications across several scientific fields. It will help give a greater understanding of the magnetic properties of superconductors. Geologists will use it to understand what happens in the deep pressures beneath the surface of the Earth and other planets. This tool for measuring what happens at an atomic level under high pressure will help scientists understand the solar system and beyond.