The Audacious Plan to Scan the Entire Planet with LiDAR 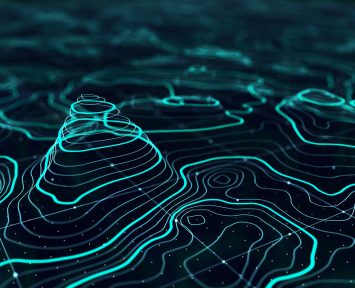 IRD Glass is an official BOROFLOAT® Distributor that is trusted by industry leading OEMs to process BOROFLOAT® into precision optical mirrors and other LiDAR components. If the story below is true, we’re likely to get real busy around here…

The plan? Scan the entire planet with LiDAR

We’ve written before about the amazing archaeological discoveries made with LiDAR, how after just a few years it completely turned the field of archaeology on its head. What would happen if the entire planet was scanned?

The ambitious new project from two professors at Colorado State University is called The Earth Archive. It would create maps of all the cultural, geological and environmental artifacts that are at risk of destruction from climate change and the steady march of human progress.

Think of it as a snapshot of how the surface of the Earth looks right now — everything from the size of the Amazon rainforest to the number of McDonald’s restaurants across the globe. Everything would be recorded.

Chris Fisher, one of the heads of the project, says these records would be the ultimate gift that we can leave for future generations.

How would it work?

In the field of archaeology, scanning with LiDAR attached to helicopters and small planes has made it possible to survey in hours what would otherwise take decades. But trying to scan the entire planet with LiDAR would take more than a few hours. The Earth Archive website, references using an airplane to shoot a “dense grid of infrared beams … towards the ground.”

Here’s how The Earth Archive plans on pulling it off:

The second step is to build a virtual, open-source model of the planet that’s accessible to all scientists who want to access it. This would be like a three-dimensional Google Earth where archaeologists, ecologists and geologists would be able to study everything from hydrology to forest compositions and undocumented settlements.

The last step is to create artificial intelligence tools that can analyze the data and pick up on trends faster than human beings would ever be able to.

To learn more about this incredible undertaking, check out The Earth Archive website.

IRD Glass excels at achieving precision tolerances and helping our customers solve difficult problems. Bring us your challenge and we’ll find a solution!